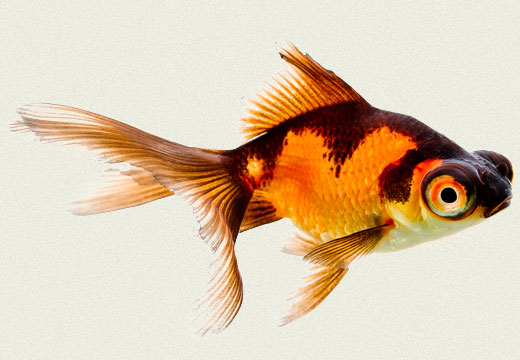 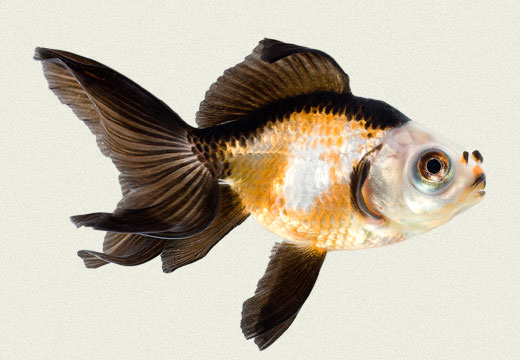 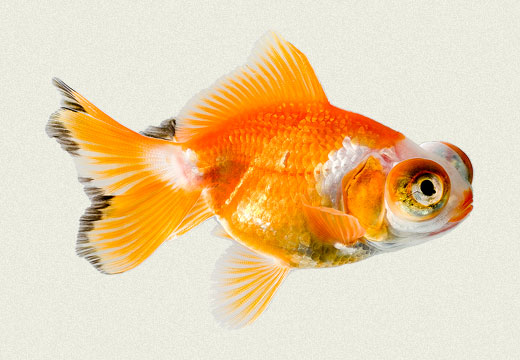 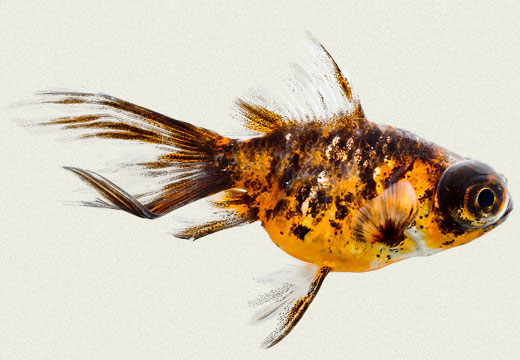 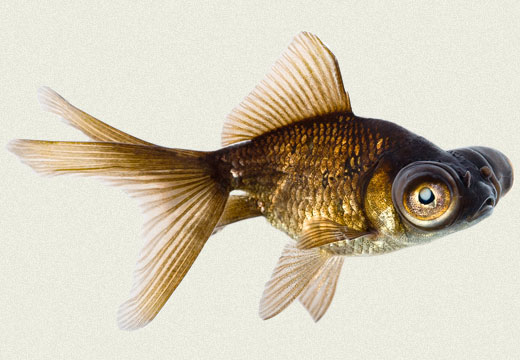 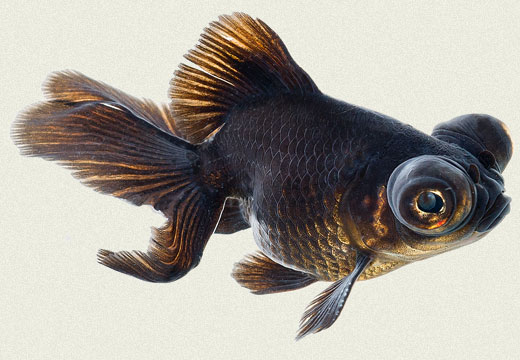 The well known and very popular Black Moor Goldfish is basically a black version of the Telescope Goldfish though its eyes don’t protrude quite as far.